I am going to share with you some numbers from old Super Grub Disk, new Super Grub2 Disk and older forges.

It’s difficult to compute a most exact figure. Downloads from when Super Grub Disk had mirrors need to be added. Torrent downloads also. Third party file download site dowloads, et caetera. I let you, the current Super Grub(2) Disk and Rescatux user to imagine it.

Hopefully some years into the future we can see a similar figure for Rescatux 😉 .

In order not to frighten anyone else anymore I’ve decided to archive the Super Grub Disk 0.9800 April Fools Day release. Thanks to the Spanish Zimbra experts bTactic for the hosting.

I had waited some time because the file was going to be replicated into SF from berlios but it hasn’t. We will have to debug this issue later. Not to say that the next thing I am going to do is to remove the release download from berlios and some other important sites where they reference to it. 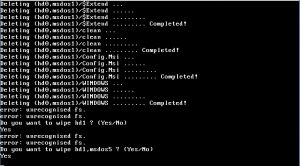 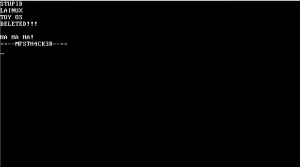 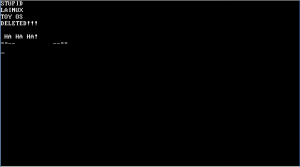 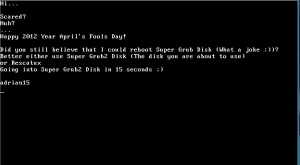 I was a bit of nostalgic and in last two weeks I’ve been fighting myself with a virtualised Debian Lenny and gcc-3.3 to make build Grub1 and Super Grub Disk with it.

Here are the new features. How said that Grub1 was dead?

Ah, I forgot, with a little trick of assembler I’ve made the disk to be both usable for cdrom and usb. You can use the USB Super Grub2 Disk instructions in order to put it into a USB. Remember that you will loose all the USB contents because we’re using dd instead of the old Grub1 root and setup commands which could preserve the USB filesystem.