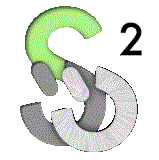 Rescatux 0.74 stable version has been just released is available for you to download.

This is a quick release with almost no changes so this piece of news will be quite short. Please check Rescatux 0.73 released piece of news for the full detail of what Rescatux has in it.

The original idea was to work on Super Grub2 Disk but I just realised that I had to update the official Super Grub2 Disk irc channel… and, guess what, Rescatux also uses IRC so it needed a quick update.

I have almost not tested this Rescatux version. Was it not to work for you please try Rescatux 0.73 instead. Feedback on stuff that it previously worked ok on Rescatux 0.73 but it no longer works in Rescatux 0.74 on the github issues page is welcomed.

The last Rescatux stable version was released on April 2020. That’s about one and a half year ago.

This is a quick and dirty release in order to change Rescapp default chat irc support channels from Freenode to Libera.

This iso is greater than 700 MiB so it does not fill into a CD. You should use an USB. I might try to shrink the iso back into a CD in the future.

What’s new on Rescatux (since Rescatux 0.73)

Rescatux 0.73 stable version has been just released is available for you to download.

How to use it in real life

You can watch the Rescatux 0.73 hands on video where you will find a mini tutorial on how to use Rescatux 0.73. Easy GNU/Linux Boot Fix option is featured.

The last Rescatux stable version was released on October 2012. That’s about eight years ago.

Many changes have happened to Rescatux since then. UEFI options which became mainstream at 2015 have been added. Secure Boot support has been added. Rescapp is now its own program.

Rescapp had some serious usability flaws that have been fixed. When you run an option you never knew if it was working ok. Now you have an status for the option.

Finally the complete nightmare of pop-ups that were shown when an option is run have been replaced by nice coloured scrolling messages.

One of the best improvement has been done recently. Rescapp has been improved so that every option is properly documented (as well as a non native English speaker can write).

Not only every question explains all the steps that it performs and the questions they are going to make but some scenarios are explained so that you can understand what’s the most suitable scenario when to use the option.

Rescatux 0.73 supports booting from UEFI Secure Boot and traditional BIOS. Both amd64 and 686 systems are supported.

Rescatux includes Rescapp, a graphical rescue tool that will assist users to regain access to a computer that has become non-bootable among many other features.

Rescatux is designed in such a way that you can use it on your own offline by just reading its help. Although the documentation could be much better written.

You can also ask for help on the integrated Rescatux irc channel. Hopefully someone will be online.

Pinging back the Press

What about the future

My plans on future development :

Are you a professional Linux magazine/website article writer and you want to review Rescatux 0.73 before its official release? You can apply for your copy here.