From Super Grub Disk Wiki
Jump to navigationJump to search

We want Linux newbies to restore their new toy, but also help the Linux advanced user make potentially dangerous operations to the MBR in a safe way. Super Grub Disk is also a teaching tool to help you learn more about bootloaders and the booting process. After all, booting is the most important thing your computer does -- without the boot process, you would not have an operating system to use! 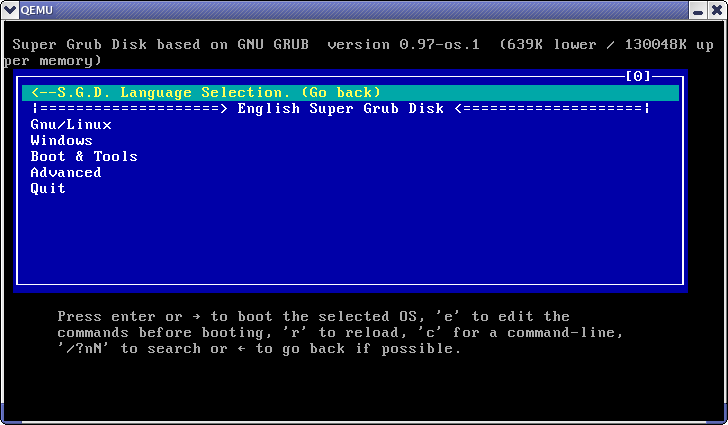 SGD is often useful. Here there are some examples:

You won't need to memorize any more commands. Fix Boot of Linux (GRUB) in only three steps.

Do you have any problems booting your Linux operating system(s) or with multi-booting? That's what Super Grub Disk is for! Here we will help you solve these problems using Super Grub Disk and some other tools.

Super Grub Disk is distributed under the GNU Public License (GPL). This implies that the program is free of charge but the most important point is that the source code is available to everyone under the free as freedom conditions that are explained in the GPL license.

Command line interface is available for the most advanced users with new and powerful Grub commands that even lets you use variables. Find all their mysteries in the documentation.