From Super Grub Disk Wiki
Jump to navigationJump to search

Other titles for this same problem.

In the second part of the page (ntrl is missing and so on) you will find some clues for these installations where you boot Windows from Grub but then, somehow, Windows has errors and you do not see your Windows desktop.

This option boots Windows found at first partition from first hard disk. This is not a persistent solution. When you are going to reboot you will have to follow the same steps for booting Windows. 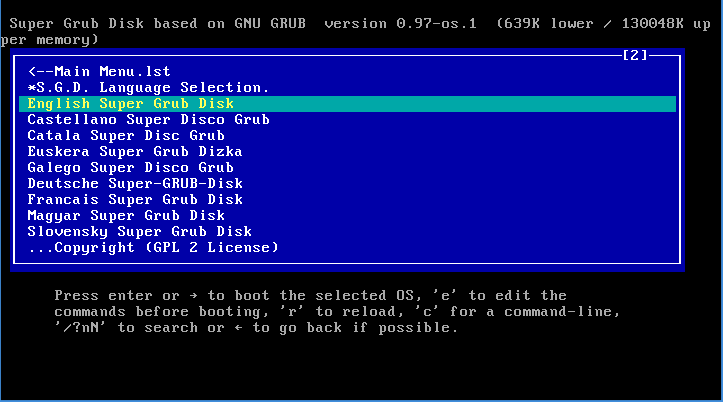 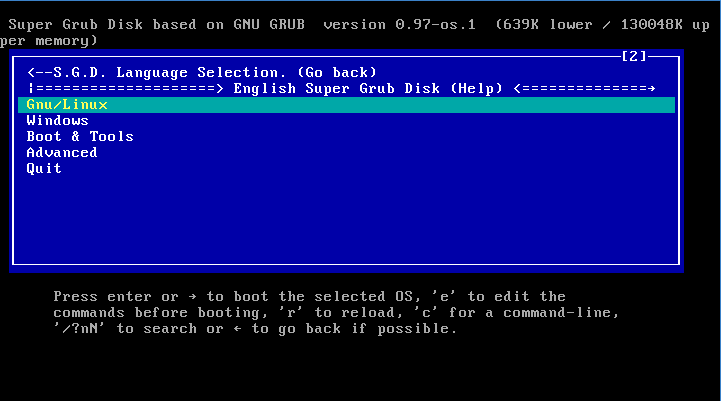 TODO:Windows Advanced to boot any partition

This is a permanent solution. After having done it you will no longer have to edit menu.lst.

You need to know how to edit menu.lst as a root or superuser.

You should search for a piece of code very similar to this one:

and write this one instead of it:

This way you can check if Windows boots. If Windows you might want to save it as the default option once you boot into it. Edit the file once again and add the savedefault line after the rootnoverify line. (In some situations savedefault hangs Windows boot) boot line is not compulsory.

First of all check that you are not trying to boot your second hard disk windows with the wrong commands in menu.lst.

Then you can try to activate the Windows partition, which might not be the one where you have your current Windows but the first FAT32 partition (where you once had windows 98 or whatever).

If Windows still refuses to boot you will a Windows recovery disk and..

On a alternative option you can use the new SGD option: Windows Partition Boot Restore TODO: IMPLEMENT THE OPTION AND COMPLETE THIS EXPLANATION